Why we produce our tractors’ cabs in-house

For years, tractor cabs have been seen as an optional feature that are only useful for performing outdoor work in bad weather conditions. However, this widespread perception was based on an error in judgement: in fact, once it was discovered that a comfortable working environment makes people more productive and efficient, all the manufacturers began dedicating greater attention to their tractor cabs.

We at Argo Tractors have always been at the forefront, and have always believed in the importance of designing safe and comfortable cabs tailored specifically for our tractors, and producing them in-house. In order to ensure the expertise and resources necessary to design cabs that meet the needs of those who work in the field of agriculture, several years ago we acquired a company adjacent to our plant in Fabbrico that has specialised in building tractor cabs since 1966.

Today, the tractor cab plant covers an area of about 33,000 square metres, 10,000 of which are covered, and counts about 120 employees, including manual labourers and specialised technicians, who prototype and mass-produce all the tractor cabs designed by Argo Tractors.

Our cabs are built using the most modern design and production systems. To this end we have made major investments in the automation of our production processes, with new welding robots and assembly lines capable of producing up to 105 cabs per day. 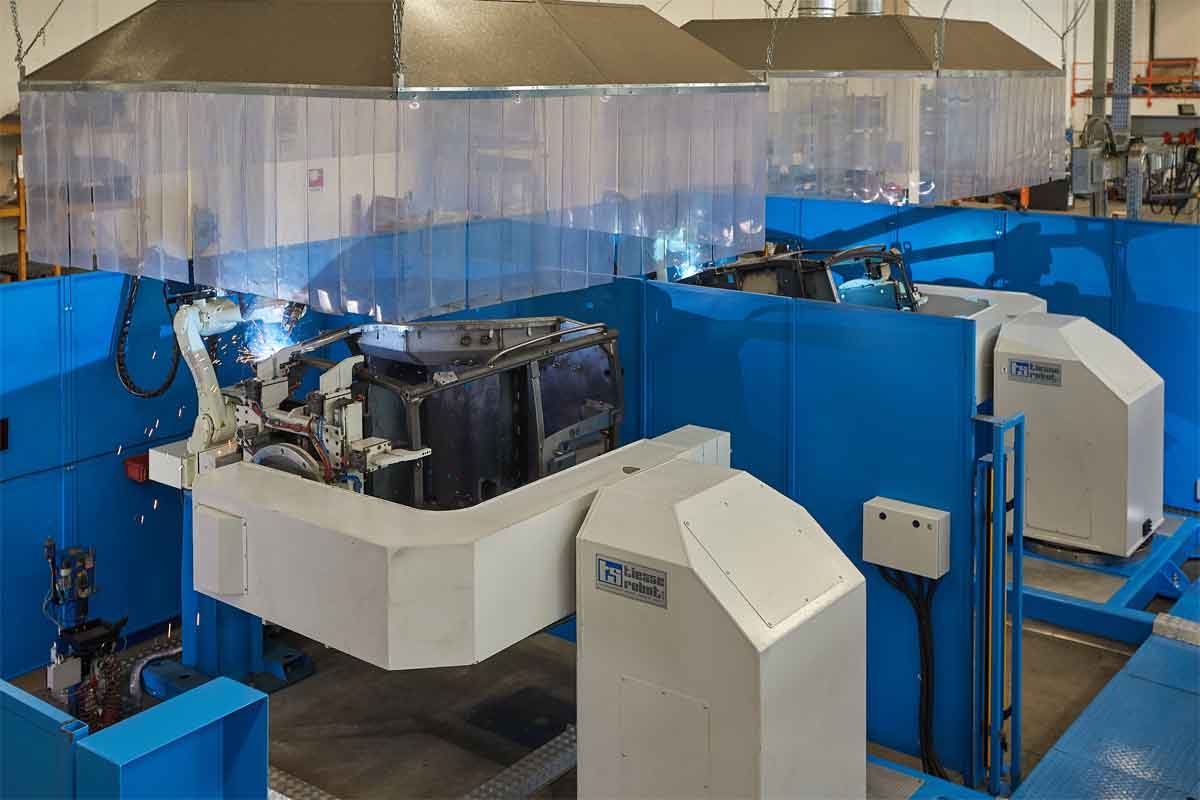 Argo Tractors tractor cabs are made by three different departments: one dedicated to the construction of the frames and platforms, and two assembly lines for the trims and finishes.

At Argo Tractors, we understand that our cabs are our customers’ working environments. That’s why we always pay the utmost attention to every detail, in order to ensure maximum safety and comfort.