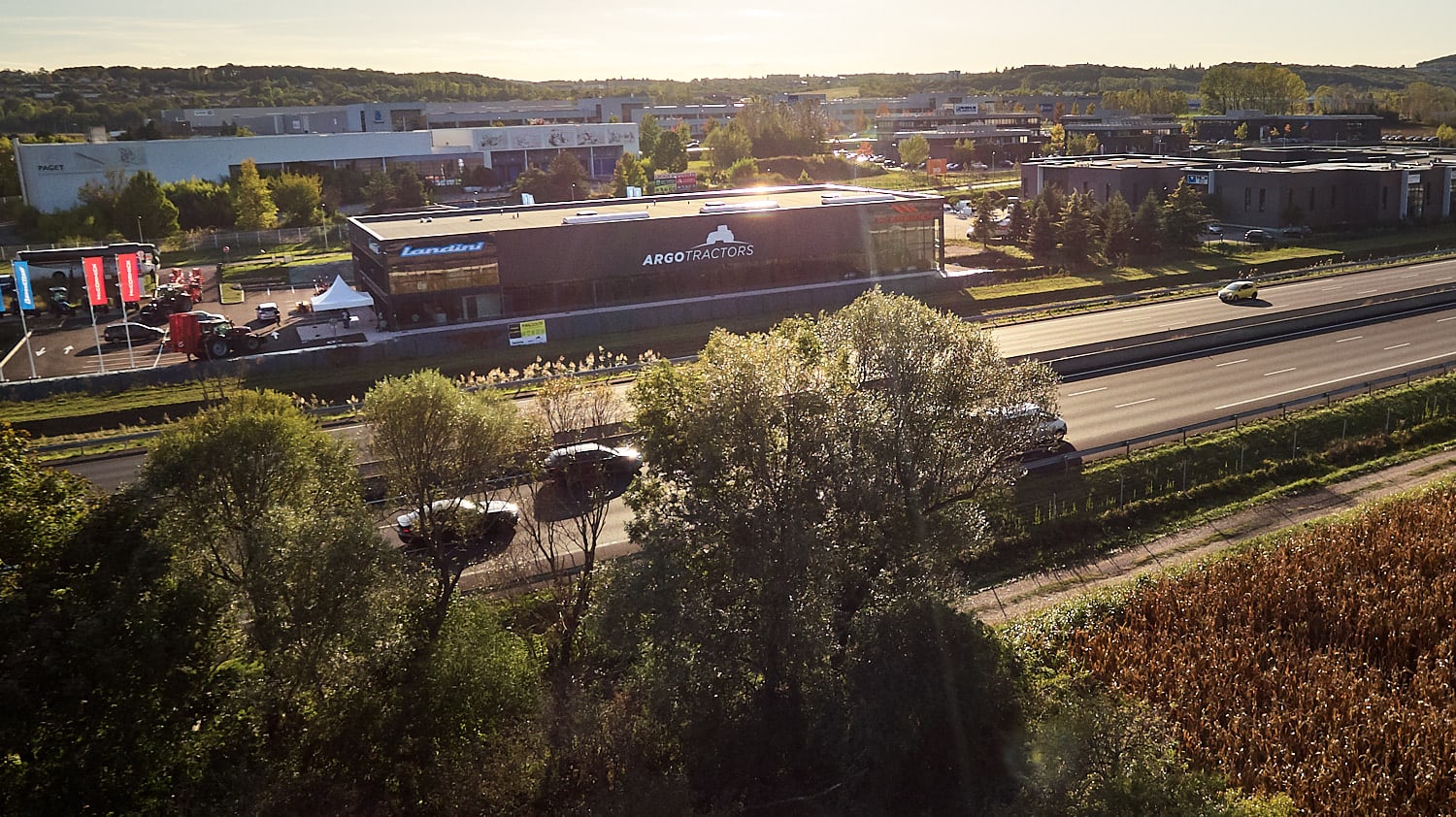 In less than one year since the first corner stone was laid, the new site of Argo France, the French branch of Argo Tractors has been completed and inaugurated today, the 10th of October, at Vaulx-Milieu, in the Isère district south-west of Lyon. This is a key pillar for the Italian industrial group towards boosting and developing its presence on the French market with its brand of tractors namely Landini and McCormick.

The ribbon was cut during the official ceremony held at the new facility located at the Technological Park, strategically positioned alongside the important motorway junction of the Alpine A43 Autoroute. The ceremony was attended by the Argo Tractors Management and the local French authorities, with Arnaud Montebourg, form French government minister, Dominique Berger, Mayor of the city of Vaulx Milieu and representative of CAPI (Communauté d’Agglomération Porte de l’Isère), Frédéric Martin, president of Axema (Trade Association of the Agricultural Equipment Industry) and Gilles Revellin-Pialet, president of the agricultural trade union and Cuma of Vaulx-Milieu.

“This branch is an extraordinary opportunity to work alongside our customers and respond to their demands in real time. I also believe it will lead to a marked increase and consolidation of our market share in this country – commented Jean Luc Fernandez, Managing Director of Argo Tractors France.

The new Argo France site also hosts a training centre capable of providing support services to the dealer network and its customers. The development of the network, a key strategy put in place by the group, is based on new collaborations and a team of experts dedicated to the growth of the quality and quantity of its sales partners.

“Our group is a large family – declared Simeone Morra, Corporate Business Director at Argo Tractors and president of Argo France – which continues to expand and strengthen its presence at an international level. As part of this growth path, the Vaulx-Milieu facility represents an extraordinary development tool, in the wake of the positive example of the progress made in Spain with the Villamarciel branch which, in just two years, has become the benchmark facility in Spain, with its own offices, showroom, training centres and practice fields for the tractors”.

“The investments made during the last two years and the projects launched aim to provide dealers with all the tools they need to work in the best possible conditions, reducing operating costs, increasing profitability and boosting their image“. – continued Simeone Morra – The development of the network also relies on the fact that Argo Tractors is so convinced that Digital Transformation is critical to success that it has made significant investments, introducing high-tech tools to expand commercial networks and enhance customer service performance. Argo France will adopt our philosophy to become a state-of-the-art operational branch providing superior high-performing tractors and excellent services. The French market is, and will continue to be, a key aspect of Argo Tractors growth strategies”. 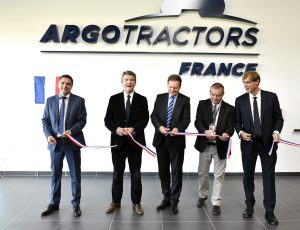